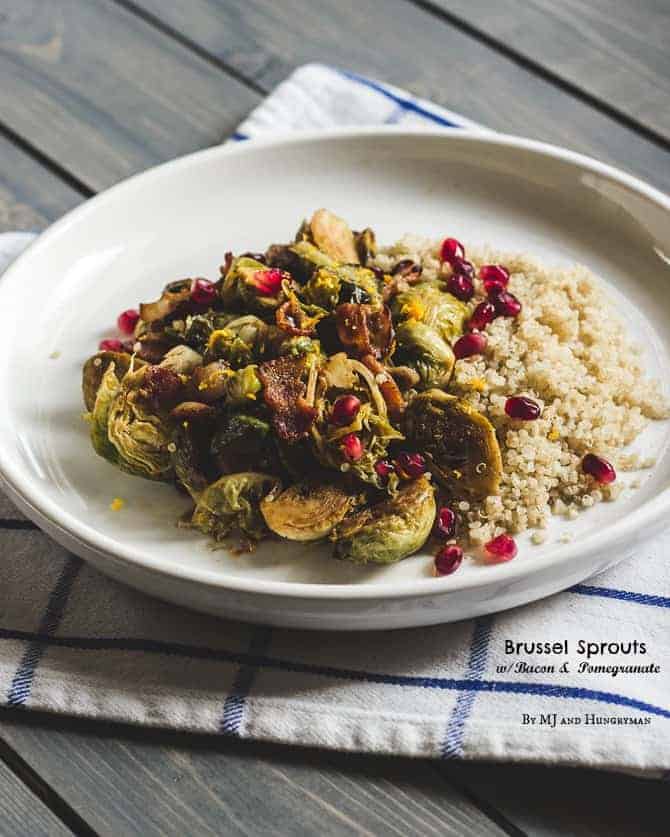 Being a student in a constant state of busyness (and with a mountainous pile of debt to boot) is not so glamorous.  However, every now and then, this life allures me with its limited but oh-so-satisfying perks.  Spring break…oh, how I appreciate thee.  While my daily to-do list (which does not cease to exist just bc I’m in vacation mode) is filled with errands, I am pretty sure I see “sleep past 5 AM” on there everyday.  And I’m thinking about moving some things over to the “honey-do” list.  Life is good. 😉

This past weekend, the Hungryman and I finally had the opportunity to go on a quick getaway to Grapevine, Texas to celebrate our 7 year anniversary (thank you, Hungryman, for such a sweet post!).  As the “production” that my sweet, thoughtful husband puts on for the special occasion every year appears to be dwindling, I’ve come to appreciate the quiet, low-key moments with him.  We are carefree and relaxed, and suits and dresses have gladly been replaced with t-shirts and jeans.

The weekend was just what we needed.  When the hotel desk clerk told us our room was going to be on the 7th floor, we knew the trip was going to be a great one ;).  We strolled around the historic downtown, shopped at some local stores, made our presence known at many coffee shops (we’re probably an owner’s nightmare as we can stay and talk for hours), and nourished our bodies with some exquisite food. 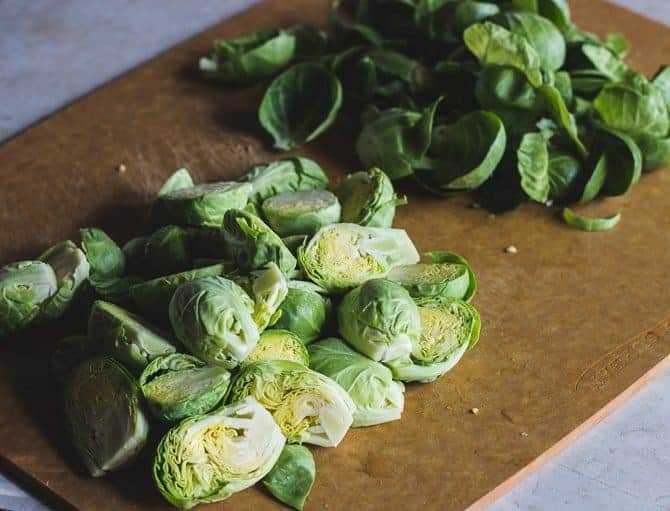 While not having to cook was a nice change of pace, it gets old after a couple of days.  I guess I should put a disclaimer that I’m only speaking for myself.  The Hungryman gets in “vacation mode,” as he like to call it, and I get a horrifying glimpse of how much his stomach can stretch.  One would think I starve him to death.  Geesh.

As soon as we returned home, I went grocery shopping and got to work in the kitchen.  Brussels sprouts were in order.  The Hungryman forever associates this nutritious and delicious cruciferous vegetable with our 4th anniversary.  Yes, I remember such things.  Since then, the only way I can get him to eat them is if I prepare them with bacon.

I wish I could be more creative with naming recipes.  This dish tastes soo much more exciting than “Brussels Sprouts with Bacon and Pomegranate” sounds.  Nonetheless, let me assure you that this is one dish sure to entertain the various regions of your palate.  The Brussels sprouts provide a nice sturdy base to handle the bold flavors of the supporting cast – tart & tangy from the pomegranate seeds and reduced balsamic vinegar, smoky & salty from the bacon.  And the dish is made complete with a light sprinkling of bright & refreshing orange zest.

Served alongside a bed of quinoa or some other whole grain, you’ve got yourself a fantastic meal! 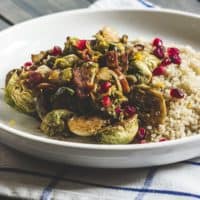 Brussel Sprouts with Bacon and Pomegranate