With the population of Austin burgeoning, the surrounding towns have seen an upturn in the restaurant landscape.  The dining scene in Round Rock for example has benefitted from the likes of Jack Allen’s Kitchen and The Blind Squirrel Sandwiches, restaurants committed to treating their customers to fresh, quality ingredients that are oftentimes locally-sourced.  I love perusing the monthly community newspaper to see what new establishments will be trying their luck in our humble little town.  One place in particular that caught my eye was Greenhouse Craft Food. 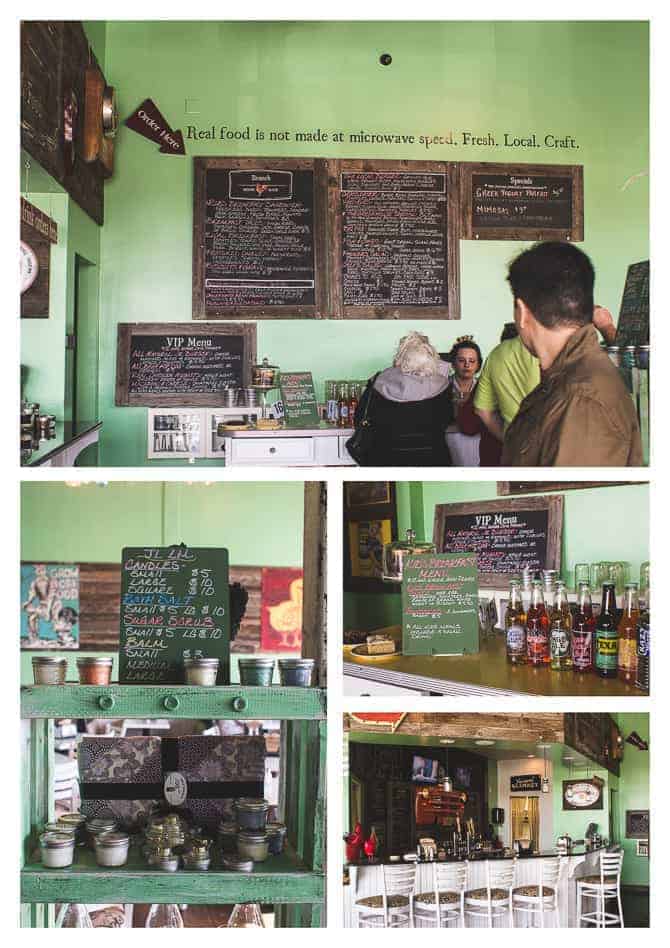 This farm to table restaurant was founded on the tenets that there should be healthier options when dining out and that a restaurant should be able to provide wholesome local food pleasing to every palate in the family.  Decorated in a vintage American style, Greenhouse has a warm and inviting atmosphere.  The moment you walk through their doors there’s no mistaking what they’re trying to do here – they want you to rest assured that you’ll be consuming fresh food of the highest quality.  In fact, they’ve dedicated an entire wall showing you exactly where the ingredients of your meal came from. 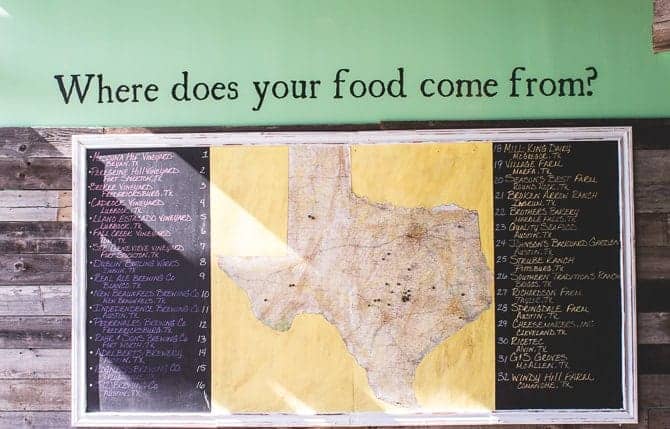 Decorating with a sense of humor…gotta love it!

MJ was especially fond of the signage… 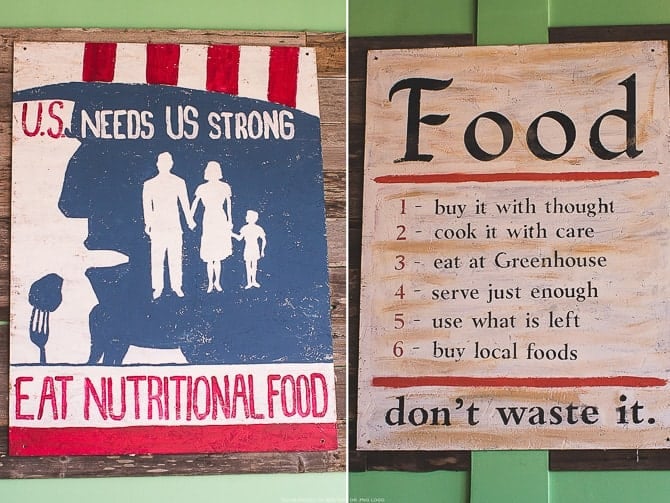 I, on the other hand, was more impressed with their use of Ball canning jars… 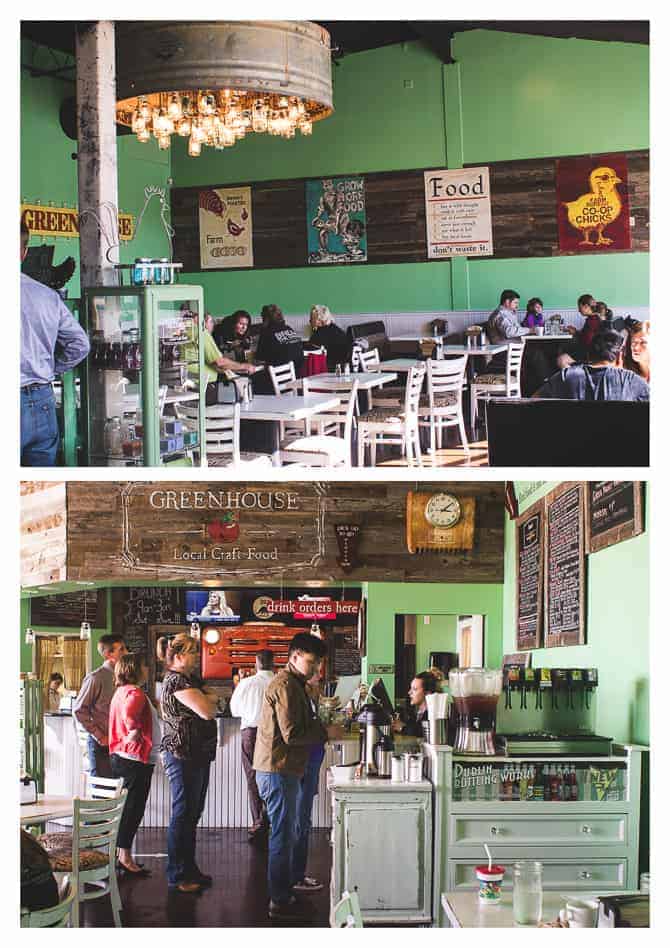 Clearly the decor was on point, but how was the food?  Similar to a movie that’s been hyped up, expectations were high, but we were terribly underwhelmed.  On our first visit, I ordered The Local Burger, a 1/3 lb. beef patty served on a tomato bun and topped with house-made pickles, local tomatoes, baby greens, and the house sauce.  I fought the urge to add some house bacon, jalapeños, and a fried egg and opted for a slice of cheese (cheddar, I believe) at an additional charge.  I completed my order with a side of fries and a tall glass of Dublin Root Beer.  Sounds like my kind of meal, doesn’t it?  Unfortunately, the meat was disappointingly dry and lacking flavor.  And the tomato bun was…different.  Not necessarily different bad, but not exactly different good either.  A little sweet, a little sour, and visually a little orange, this bun was definitely unique.  I hoped to find satisfaction in the fries, but almost became angry as I bit into the first stick and was greeted with a mouthful of salt and tepid oil, rendering the side nearly inedible.  The whole batch of fries was drowning in oil.

MJ faired a little better with her Yardbird – all natural grilled chicken breast on toasted sourdough bread and accompanied with queso fresco, tomatoes, house-made pickles and a Round Rock Honey/chipotle sauce.  She commented that the plump chicken breast was exquisitely grilled.  Lucky for us we started the meal off with the Hatch Chile White Bean Hummus (you know us and our love for the Hatch chile).  It was just a great combination of flavors, and we enjoyed the fresh celery and carrots for dipping as the majority of our chips were heavily salted. 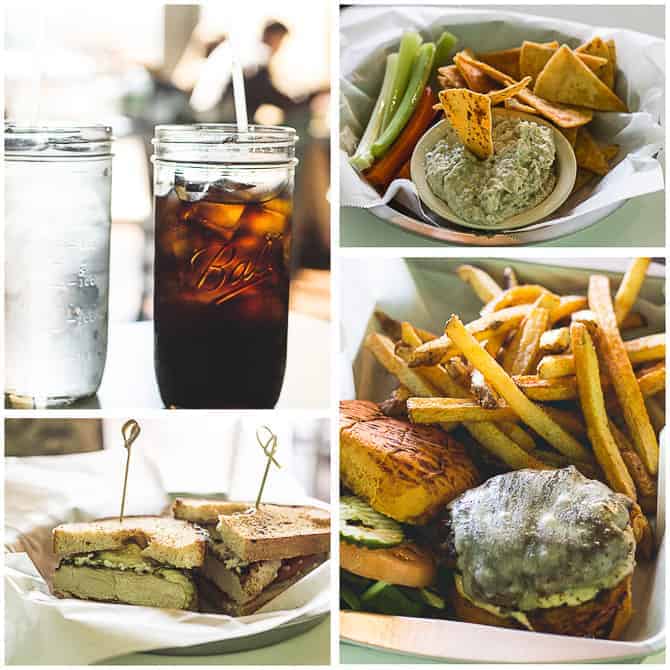 Convinced that our first experience was a fluke, we decided to head back on another day for brunch.  Much to MJ’s dismay, I settled on the Biscuits & Gravy with 2 eggs sunny side up.  The house-made biscuits were enormous and swimming in a healthy serving of gravy.  Again, I really wanted to enjoy this dish, but everything was just a bit bland (and I’m not talking about the color here).  I don’t know if this was meant to be a healthier spin on the Southern classic (if that’s even possible), but I was hoping for a well-peppered sausage gravy – no sausage here and not enough flavor.  I was also a lil’ disappointed to see my eggs come out over easy rather than sunny side up as I had ordered them, although I realize the difference between the two is almost negligible.  And I’m still trying to figure out what purpose those wilted scallions served on the dish… 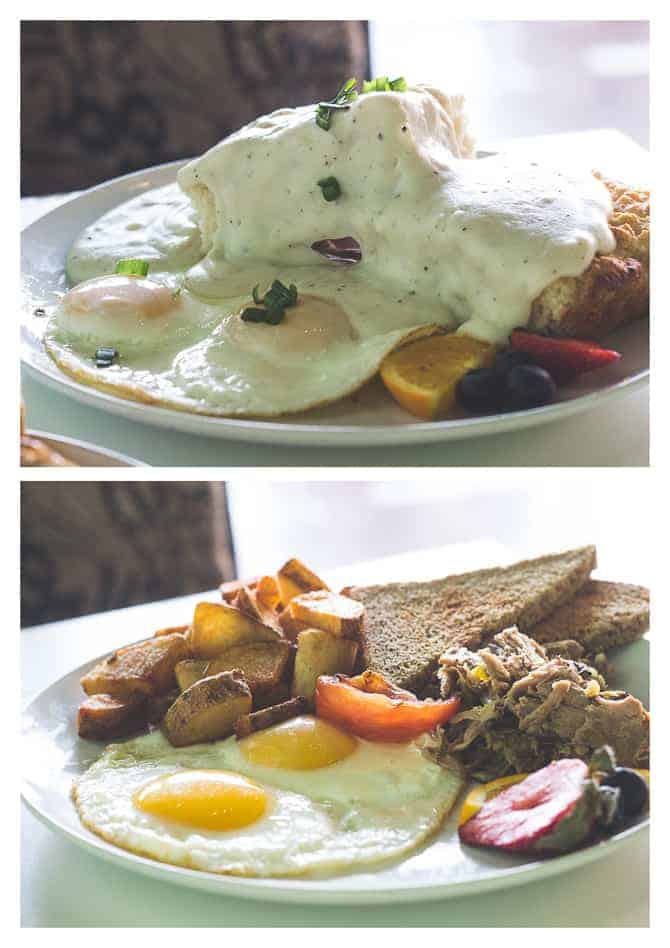 As in our first visit, MJ came out on top with her selection of the Local Breakfast – 2 farm eggs, home fries, green chile pork, wheat toast, and tomato slice.  I couldn’t help but laugh when I surveyed her plate and realized that “tomato slice” literally meant 1 tomato slice.  The green chile pork was moist and tender but could’ve used a couple of extra shakes of the salt shaker.  In contrast the potatoes, which were fried well, had received a liberal dusting of seasoning salt. The potatoes didn’t go to waste, however.  When combined with bites from my dish, it made for a palatable pairing.  And without question, the eggs were the stars of both our meals.  Immaculate in appearance and rich in flavor, it was easy to see the high quality of the product being used.

I applaud Greenhouse Craft Food for their concept and the impact they’re trying to make on the Round Rock culinary scene, but the food just didn’t meet the expectations on our visits.  I sincerely hope continued success for the crew at Greenhouse as they redefine the dining out experience.  Because honestly, who doesn’t want food that’s fresh, local and handcrafted.