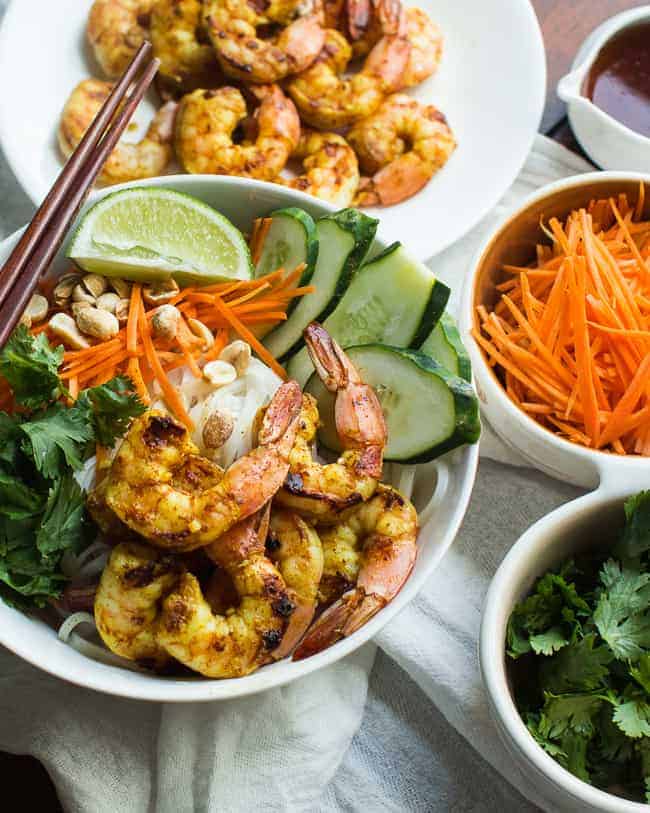 Don’t be fooled.  Although it may look like a million bucks (or so I think), this Vietnamese BBQ shrimp noodle bowl couldn’t be simpler to make!  Again, I must give credit to where it’s due.  The inspiration for this dish came from our good friends, Reese and Mark, at Season with Spice, a place where you will find an impressive selection of premium Asian spices.  With a desire to introduce people to the rich world of spices and to prove that healthy cooking can be delicious, they set up their online shop back in 2011.  Not only do their spices and handcrafted blends make food irresistibly tasty, but they somehow make cooking simpler at the same time.  They’ll be opening an actual little storefront soon, and we couldn’t be happier or more excited for their new venture.

We own several of their flavorful spice blends, including Vietnamese BBQ seasoning which is a mix of Chinese Five Spice, turmeric, ginger, cayenne pepper, and a number of other components.  Now try recreating that at home!  Their blends are seriously like magic – just a pinch can elevate any ol’ boring dish to something that’s salivate-worthy.

Just as Reese and Mark suggest, the Vietnamese BBQ seasoning is especially great on meat.  Using their recipe as a base, I made some adjustments, mainly because of the ingredients I had on hand. 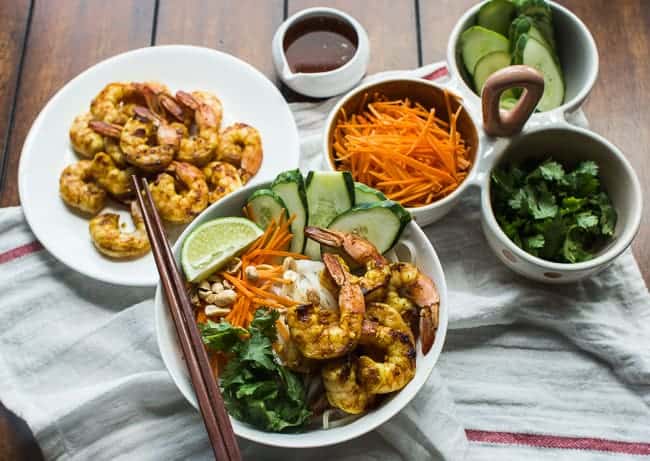 As for the veggies, I leave this decision up to you.  You’ll notice that even in the recipe, I don’t give exact measurements.  Add whichever ones you like (bean sprouts would be good!) and as much or as little as you choose. 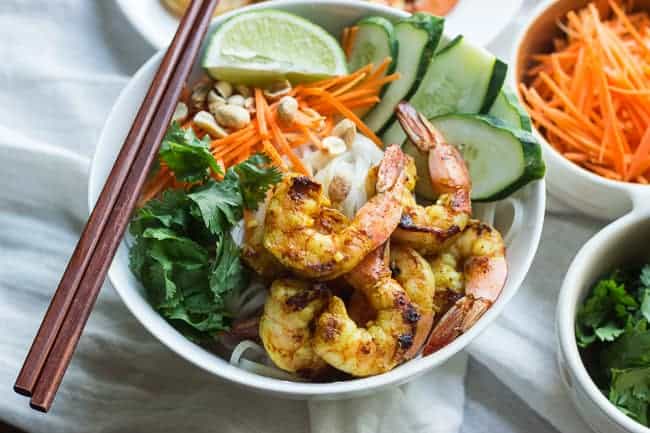 I used thin flat rice noodles rather than the usual vermicelli because that’s what I had on hand (Pad Thai is one of our fav weeknight meals).  And thanks to the veggies from our CSA box, I did not have to make an extra trip to the store.  Even though I’m fortunate enough to live literally 5 minutes away from a grocery store, somehow that 5 minutes ends up being closer to 30 minutes real time, and that’s time that could be better spent on other things – like taking a power nap or catching up on SYTYCD ;). 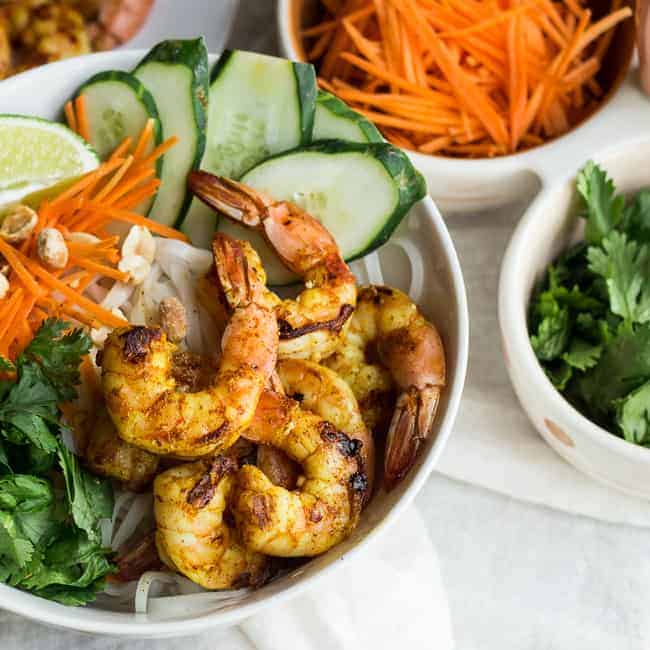 Let me tell you.  Reese and Mark totally hit the nail on the head with their spice blend.  Earthy, sweet, salty, spicy…I instantly thought of good grilled BBQ pork banh mi; only instead of pork, firm succulent shrimp was in its place.  Throw in the fresh veggies, the briny fish sauce, and some peanuts for crunch, and you’ve got yourself one light & refreshing meal perfectly suited for the brutal summer months ahead.  And if you’re feeling really ambitious, egg rolls (normally fried but ours are baked bc as you know, I don’t fry anything) tend to go hand in hand with this type of noodle bowl.  What a feast! 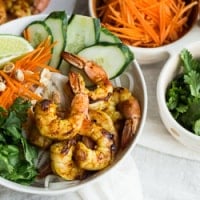 For assembly (per one bowl) 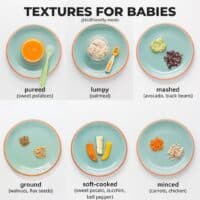