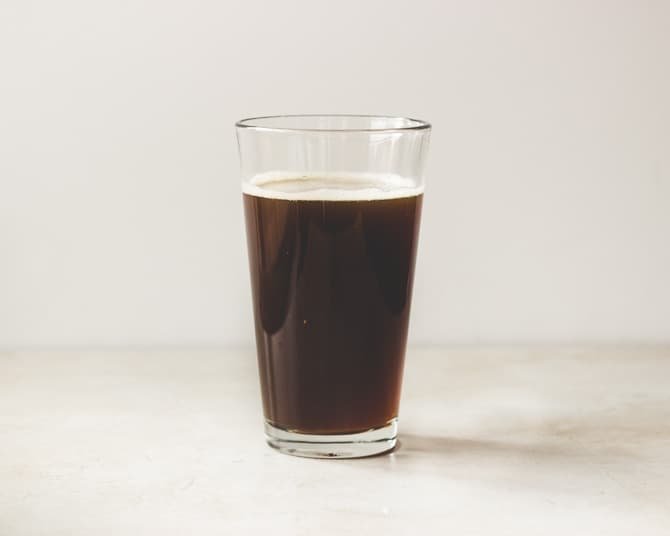 The waiting game is finally over :).  After 5 agonizing weeks, I was finally able to throw a couple of longnecks in the icebox to enjoy while watching some playoff football.  My first home brewing adventure had reached its end (here’s part I and part II).  And what a beautiful end it was!  After hearing that satisfying pop of the cap, I proceeded to pour myself a refreshing glass of the rich, brown-colored ale.

I wish I could accurately describe the flavors and aromas of my homebrew, but honestly I’m not versed in the art of beer tasting.  Not yet, anyway.  As I’ve mentioned before, I’m no beer connoisseur.  I think I can discern the flavors of hops and wheat, but I wouldn’t put any money on it.  One of the reasons why I wanted to start home brewing was so that I could develop a better understanding of the complexities of beer…how the different ingredients affect the finished flavor of beer.  So as for now, the extent of my review will have to be – I liked it!  The flavor was light and the finish was smooth.  I think the brew could’ve used more carbonation but I’ll get to that in a bit.  I savored my beer with a nice bowl of salt and vinegar chips which really helped accentuate the holiday spice flavors.  I almost forgot.  The estimated alcohol content I calculated was 4.75%.  Pretty close!

So what did I learn from this first experience?  In no particular order…

1) Know your sanitizer – How is it diluted?  Is it no-rinse?  Does it need time to air dry?  You have to make sure your equipment is cleaned properly, otherwise your beer might not turn out quite how you had hoped.  Bacteria, other impurities, and sometimes even the sanitizing agent can significantly alter the flavor of your beer.

2) Gotta improve my siphoning technique – I tried to get the end of the siphon tubing as far into the transfer vessel as I could, but almost every time I took a look I would find the tip sitting above the beer line.  Apparently, this type of oxygen exposure can also affect the taste of the beer.  Not to mention, the longer it takes to transfer the beer, the more opportunities for contamination.

3) Not all beers ferment at the same temperature – I chose an ale for this first go-round as it was recommended to me by the homebrew supply store worker (she informed me that ales tend to be easier for the first time home brewer).  During the fermentation process, ales can be stored at a cool room temperature (approx 65-72 degrees F).  Lagers on the other hand, need to be kept cold (45-55 degrees F).  I’m in the process of convincing MJ that I need a little refrigerator…

4) Make sure your wort has cooled enough before adding the yeast – I think I cooled my wort to the appropriate temperature, but there’s a possibility that I rushed things and killed off some of my yeast.  I’m wondering if this may be the cause for my mediocre carbonation. 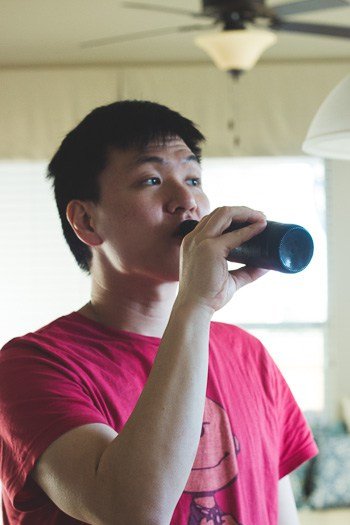 Thanks for sticking with me through this journey.  It really was a lot of fun, and I’m so thankful that MJ bought this kit for me.  I hope to brew another batch before the temperatures get too warm in these parts…specifically in my house.  MJ likes keeping the thermostat at 80 during the warmer months!  What should I brew next?  Any suggestions?