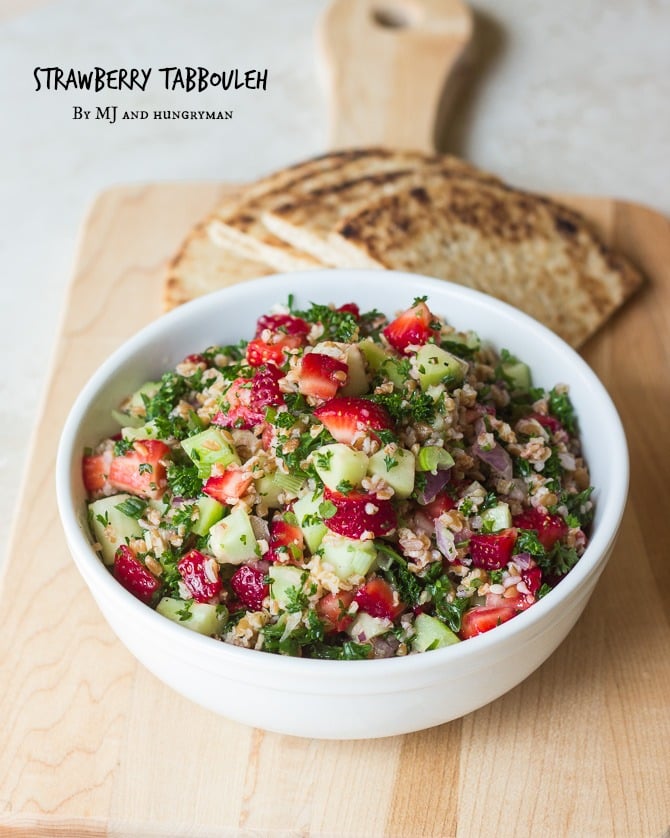 In the previous post where you had a chance to take a peek at my weekly meals using the fresh produce from my CSA box, I briefly mentioned that I would be sharing a tabbouleh recipe with a special ingredient.  From the title (and the hugemongous picture), I’m sure you’ve figured out what makes this recipe extra special.  Hello, strawberries!

Yup!  I’m still eating my fair share of strawberries and shall continue until the price begins to escalate once again.  In my CSA box was this gorgeous bright-green bouquet of curly leaf parsley.  As I began to brainstorm how I could highlight the fresh herb as the star of a dish (I was not about to use it as garnish as it oftentimes is), tabbouleh immediately came to mind.  After all, parsley is its single most ingredient.  Normally it’s made with flat-leaf parsley, but after tasting the ones I had, I knew they would work just fine.

First things first.  I gave the parsley a good wash (had to wash and rinse several times to get all the dirt off) then got rid of all the excess moisture using my precious salad spinner.  I can’t live without it.

Then came the fun part.  Chopping.  While you could let the food processor do all the work, I actually like the art of touching, smelling, feeling, and running my knife through the raw ingredients.  I quickly found that curly parsley was much easier to chop than the flat kind.

As for how much parsley should be added to the tabbouleh is really up to you.  I added about a cup initially but then added a bit more to the leftovers the next day as I was in the mood for a sharper, brighter flavor.  This is definitely not one of those recipes that needs to be followed to the tee.  Rather, let it serve as a guide and feel free to add as much or as little of the ingredients.

Parsley not only adds that extra oomph to a dish, it also aids in digestion.  I learned during my time at the American Botanical Council that the bitter herbs have long been praised and used since the ancient times to help “settle your stomach.” 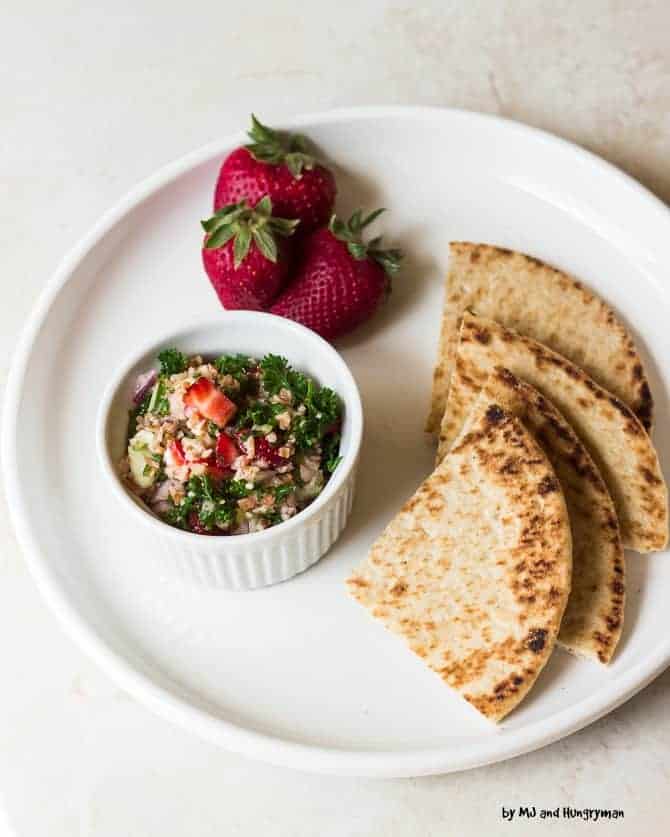 All the flavors really melded together.  The sweet and citrus-y flavors from the strawberries added even more freshness.  We enjoyed the tabbouleh alongside some toasted pita bread.  I must say that the Hungryman’s extreme fondness for this meal completely threw me off guard, as I had prepared myself to hear complaints of it being “too herb-y.”  That was totally not the case here.  I ended up making another batch since I still had some parsley left over.  Needless to say, my mission was accomplished – curly leaf parsley was put to very good use. 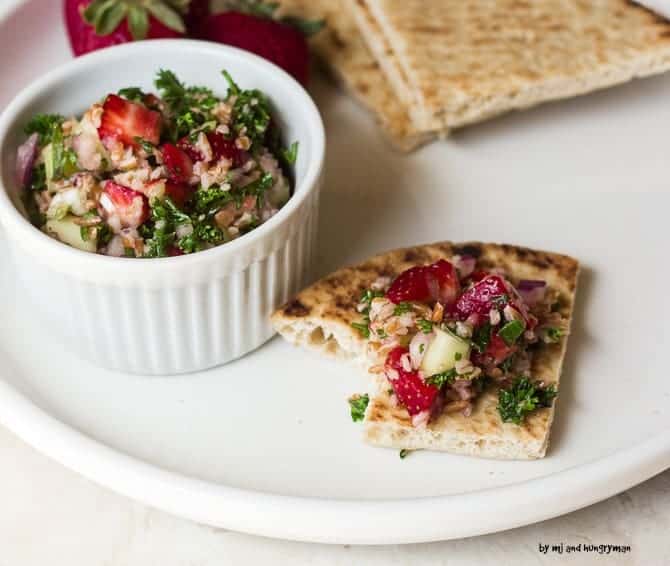 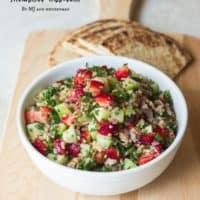 Adapted from Joy of Cooking