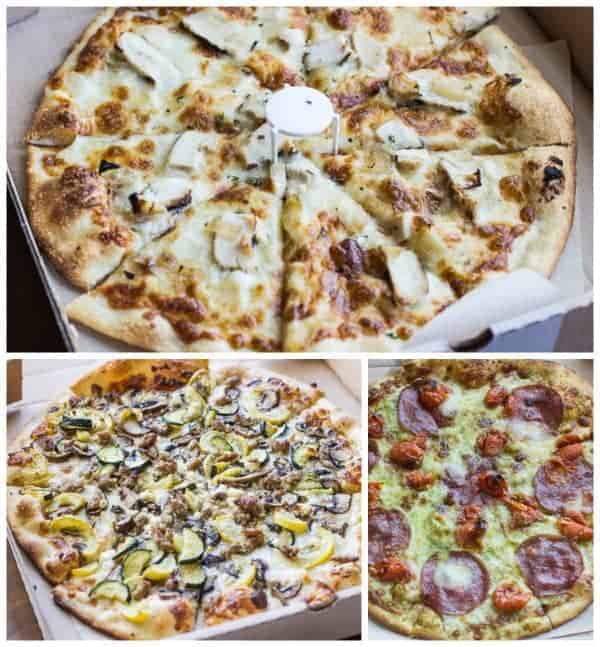 I’m not gonna lie. Life has been painfully busy for me and MJ. Just when we think we have a moment to catch our breaths, a wrench gets thrown in the works…almost without fail. So when zpizza approached us about sampling a customized dinner kit as part of their Pop-up Tasting Tour, we responded with a resounding “YES!” We were excited about having meals covered and fewer dishes to do throughout the week, but we quickly realized we were missing the true value of the opportunity. 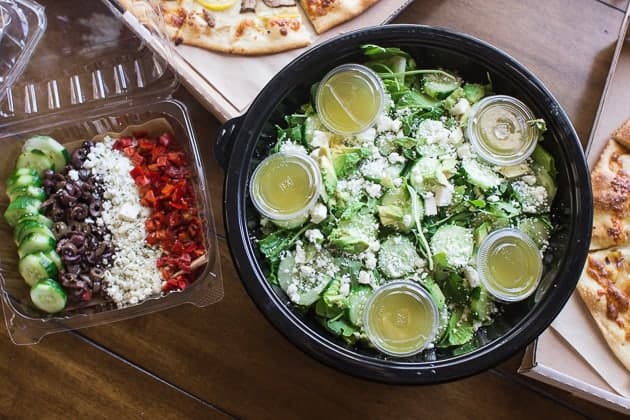 For those of you unfamiliar with zpizza, they consider themselves the first artisan-inspired pizza chain, founded in California and driven by a healthy way of life. They use select ingredients (e.g. award-winning skim mozzarella, certified organic tomato sauce, dough made from non-GMO wheat flour) to create their gourmet pies, and they pay an equal amount of attention to their salads and sandwiches.

In an effort to sharpen and expand their menu, zpizza is hosting community sampling events around the country to get feedback on some of their newest creations. We got a little sneak peek this past week and got to check out the following: 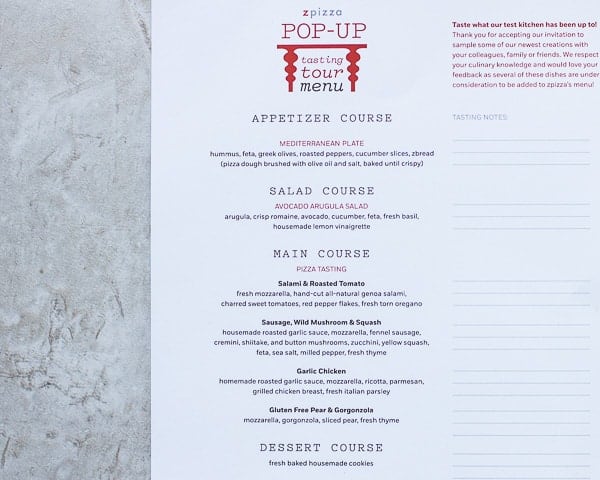 All the pizzas were excellent, but MJ and I were in agreement with regards to our favorite – Salami and Roasted Tomato. The salami slices were tender and not overly salty, and the basil pesto was fragrant and delicious. The charred tomatoes had a bold flavor almost like that of sun-dried tomatoes, and the cheese (as it was on all the pizzas) was rich and robust. It wasn’t until I had sampled a slice from each pie that I realized there was no tomato sauce to be found! Not one of my prouder moments, but I think that’s a testament to all the wonderful flavors going on from the toppings. For example, the garlic on the Garlic Chicken wasn’t spicy or bitter, but pleasantly mild and sweet…nicely roasted. 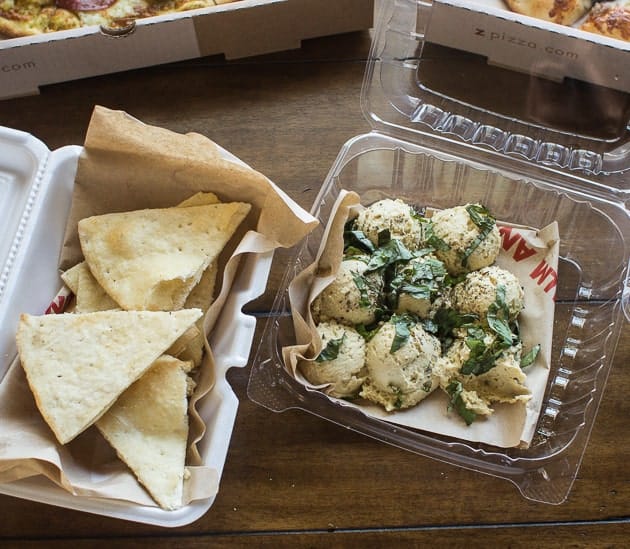 We also got to enjoy a huge a bowl of avocado arugula salad with lemon vinaigrette dressing, as well as a Mediterranean plate served with hummus and pizza dough wedges resembling pita bread. Although she didn’t verbalize it, I could tell MJ was quite tickled by the sight of the salad and even more so by seeing me eat it. Instead of the usual accompaniments, like cheesy bread or buffalo wings, this was definitely the better, healthier way to go (but I’m still not keen on arugula ;)). I was a huge fan of the hummus and especially liked the basil strips scattered on top. I don’t know…sometimes it’s the little things for me. Obviously way too much food for two people, but we portioned the feast out and even froze some pizza to enjoy later. It really didn’t seem like fast food pizza. Rather it seemed like carryout from your neighborhood Italian restaurant. We can’t wait for the store here in Round Rock to re-open!

If you’ve been meaning to check out zpizza but just haven’t gotten around to it or you’re already a fan, take a look at the list below to see if a free pizza community sampling event will be in your neck of the woods…