Transform your Thanksgiving leftovers into a hearty and nutritious meal – lentil soup served alongside cornbread is sure to nourish your body and soul. 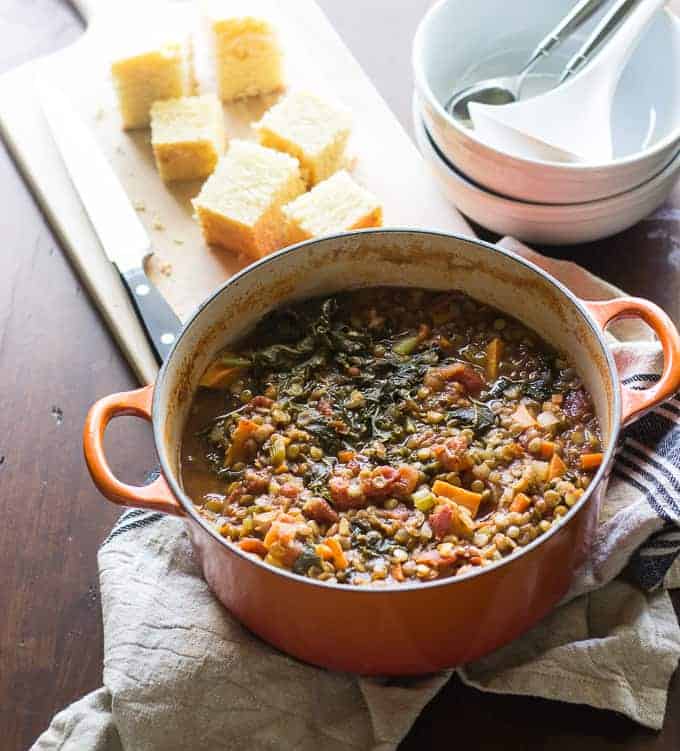 I hope you had a blessed and delicious Thanksgiving with the people you love. Things were a bit different this year as Tim’s family was soaking up the sun in Mexico and a couple of my family members were in Korea. It’s great to have both of our families in Houston, but come holiday time, tensions are high trying to coordinate how to distribute our time as evenly as possible. So I fully embraced this year’s laid-back, more intimate gathering. However, truth be told, I did miss a little bit of the yelling and the craziness that typically occurs. #Cantwin.

We returned home on Friday so we could continue unpacking and settling into our new place. My husband’s approach is more like “let’s take it slow and do one box at a time,” which sure doesn’t fly with me. I need the boxes out ASAP! Hopefully, we can come to a happy medium. I’m definitely learning to swallow my words…sometimes ;).

In any case, although Thanksgiving is behind us, I have a feeling your fridge would say otherwise. Now I don’t mind simply reheating all the leftovers, however some people (ahem, Mr. Hungryman) need an element of change. That’s when you put your creativity in gear while in the midst of operating a kitchen in “semi-opened” status. I don’t know about you, but as much as I love to cook, the week after Thanksgiving is not the time for elaborate meals. Instead, let’s repurpose leftovers to create something new and exciting. Like this thick and hearty lentil soup. 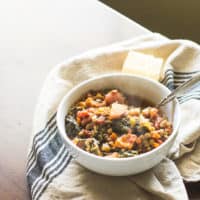 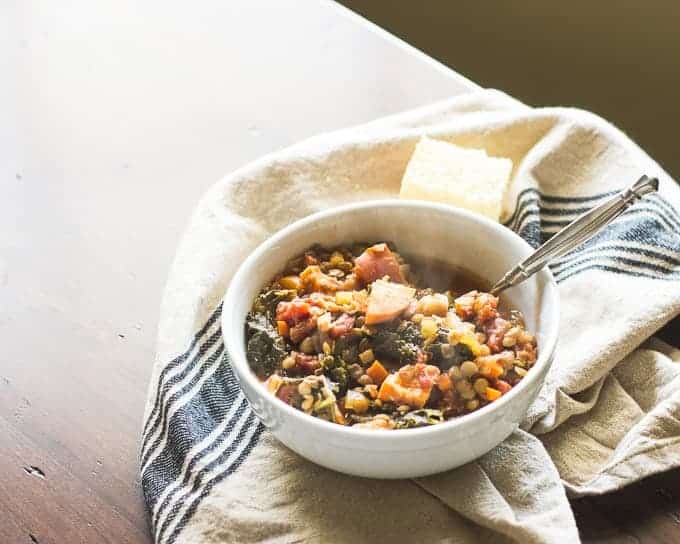