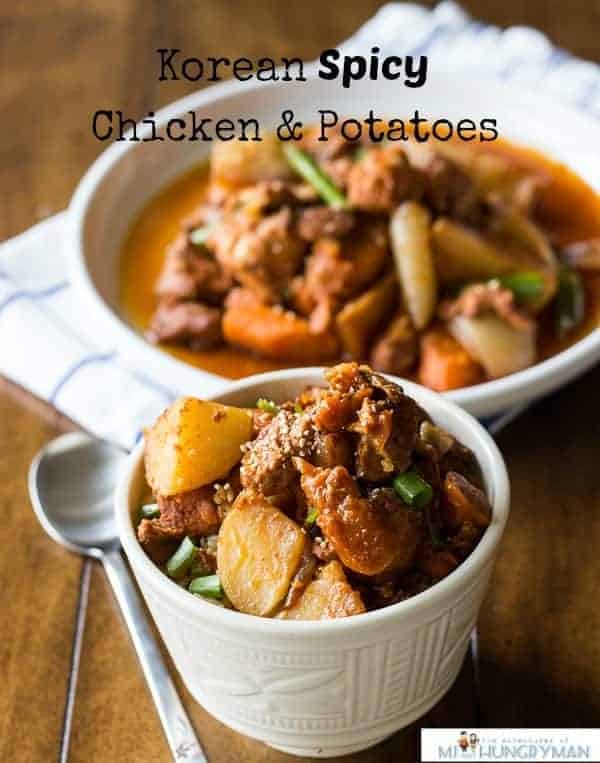 Cooking a Korean meal can sometimes feel like a huge production.  Alongside a warm bowl of rice, you have the “star” of the table (usually some type of soup, stew, marinated meat, or grilled fish) as well as multiple side dishes (a.k.a “banchan”) of which kimchi is an absolute must.  Of course, the banchans make their appearance all throughout the week, but the thought of preparing multiple dishes, requiring lots of bowls, pots, utensils, etc., is a bit daunting. 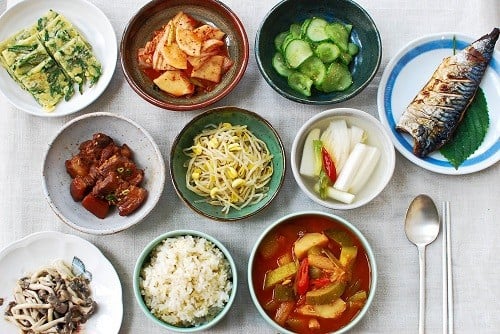 So on days when I crave Korean food but am too lazy to go out of my way, I resort to dishes like Korean Spicy Chicken and Potato stew, one of my and the Hungryman’s favorites.  It’s basically a chicken and vegetable dish in spicy red sauce, and I’m perfectly content serving this alone alongside a bowl of rice.

While I normally cook it on the stovetop for several hours, time is of the essence more than ever these days.  So when I came across Korean Bapsang’s ingenious idea of using a slow-cooker, I just had to try it!  BTW, if you haven’t already, you must check out Ms. Hyosun’s incredible blog, full of delicious, easy-t0-follow Korean recipes.  I always ask my mom (who’s hands down the best Korean cook I know..no bias here) to share her recipes w/me, but the woman never measures anything! (hmm…sounds like someone else I know)  I would really like to put together “Mama Koo’s Cookbook” and pass it down for generations to come.  Hopefully that will happen… 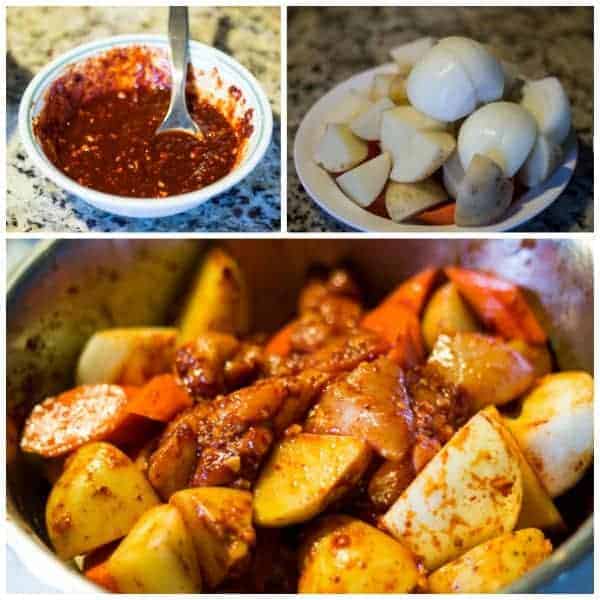 Now onto the dish..  The night before, I prepped the chicken and veggies so that come morning, all that was left for me to do was pour the marinade over, mix thoroughly, and set the slow-cooker to do its thing…nice and slow.  When I came home early that evening, the only thing I had to do was transfer to a large plate and scoop the rice. 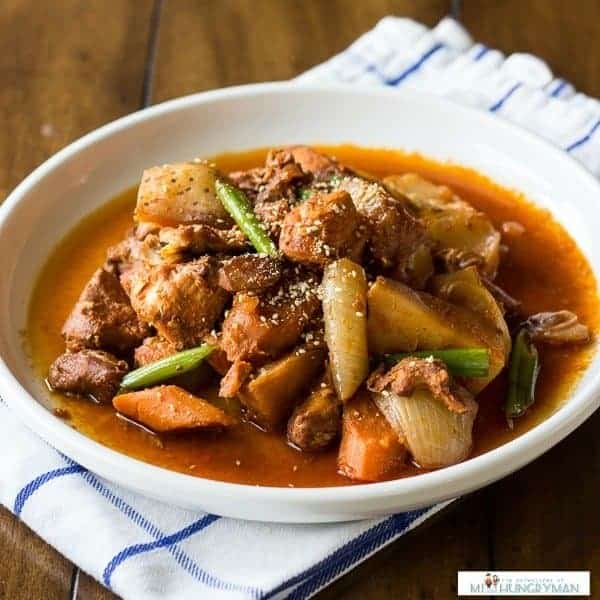 While my sister (and I’m sure plenty of others) will throw a tantrum…I served it with brown rice.  Apparently I didn’t get the memo that white rice is the only viable option with this dish.  The Hungryman is a staunch supporter of this view, but he’s long given up hope in our kitchen.  Brown rice reigns supreme here..along with purple rice…and sometimes w/beans. 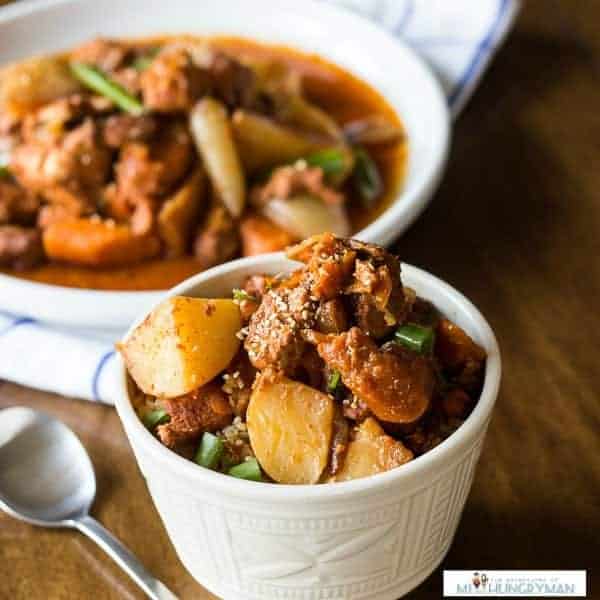 The chicken was tender and luscious while the veggies were perfectly softened.  They slid effortlessly onto my fork.  Thanks, slow-cooker!  While there was a good amount of liquid or sauce at the bottom to coat the ingredients, it wasn’t enough for me to call this dish a “stew.”  No biggie.  It made for a one satisfying, hearty meal, nonetheless.  Hope you give this recipe a try!

If you want to make this baby-, kid-friendly,

What are your favorite slow-cooker recipes?  I would love it if you would share them on my Facebook page!  You can never have enough of them. 😉