So we finally found the time to make it out to the locally renowned SPIN Modern Thai Cuisine.  We had been meaning to check it out sooner, but with our insane schedules, it just never happened…until now.  We took a couple of photos outside the restaurant and excitedly made our way toward the door.  Sadly, our joy turned to utter dismay when we pulled on the door handles and realized that the place was locked.  Closed.  Forever.  We were confused and quite bummed, but we quickly regrouped and made our way to plan B – Soto. 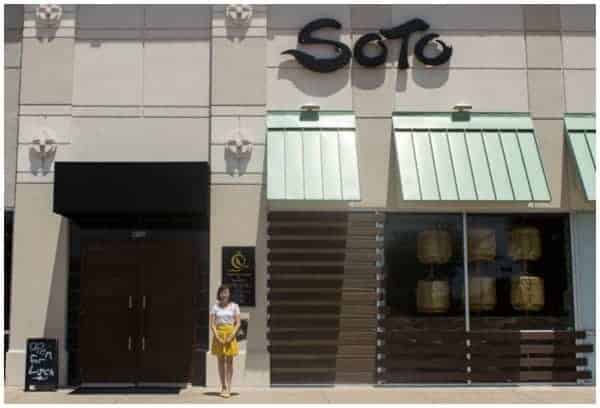 Open for about 5 months now, Soto is a higher end Japanese restaurant located in the north part of Austin.  The decor is fresh, modern and tastefully Asian, and as a result, I couldn’t help but feel zen as I dined here.  Our knowledgable waiter Steven, (who had the coolest handlebar mustache, I might add), skillfully delivered the specials and guided us through our menus.  Okay…show of hands.  Who’s heard of white salmon?  Anyone??  As intrigued as I was by this delicacy which apparently occurs in only 2% of the world’s salmon population, I couldn’t justify the price tag that came with it and I’m not even the frugal one in the duo.  Let’s just say that I could enjoy a Mighty Fine cheeseburger, fries and a drink for the cost of 2 pieces.  Sorry I often think in the currency of burger :).  Oops…where was I?  Ahh yes…onto the food! 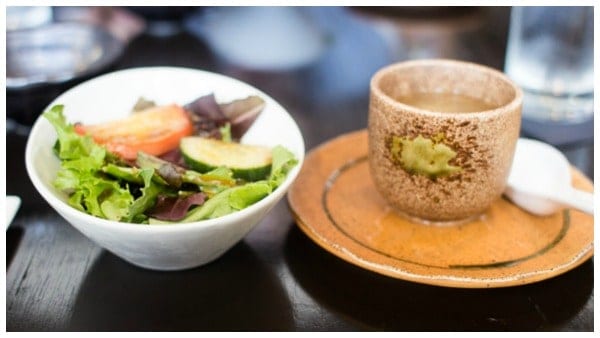 We both started with the miso soup and house salad.  A pretty standard way to open a meal at a Japanese restaurant.  The greens (and all the veggies for that matter) in the salad were crisp and refreshing.  No old or wilted leaves could be found – huge plus!  The miso soup was equally light and not overly salty as some tend to be. 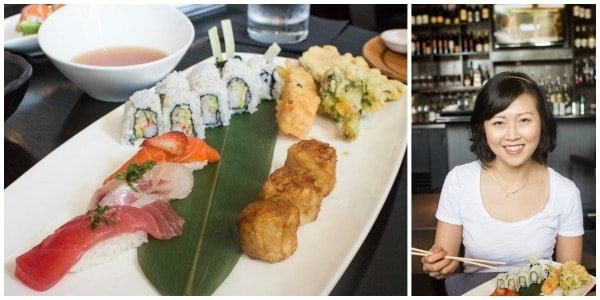 MJ, craving something light and delicate, went with the Sushi and Maki Deluxe Lunch – chef’s choice of sushi (3 pcs), vegetable tempura, crispy shumai, and California maki.  The presentation was absolutely beautiful.  The rolls and sushi pieces were a little smaller than ones she’s had before, but they did not lack in flavor by any means.  In fact, MJ declared the piece of tuna to be life-changing – the best piece of sushi she’s ever had. 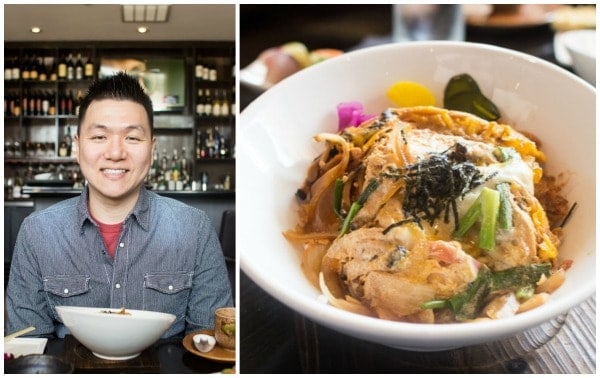 I’m a huge fan of sushi, but on this day, I couldn’t help be drawn to a particular item on the menu…Katsu Don.  I don’t know what it is about this dish, but there’s just something comforting about it and almost always satisfies.  What’s not to like about a deep-fried pork cutlet served atop a bed of sushi rice with veggies sauteed in egg?  Soto’s version was almost too pretty to eat.  Adorned with vibrant-colored pickled veggies, the dish was masterfully assembled.  The flavors were clean, not muddled and fancier than what I’m used to.  As much as I appreciated the katsu don, sadly it was not the comfort dish I had hoped for.  It was…hmmm…too nice?  Luckily, we ordered a Rainbow Maki to share… 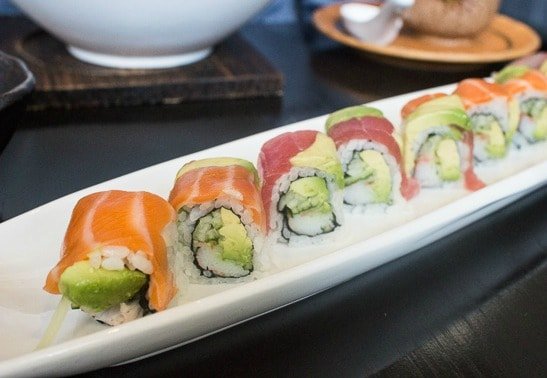 It’s clear that Soto is committed to using quality ingredients for their contemporary Japanese menu.  Everything tasted incredibly fresh and bursting with flavor.  The artistry of each dish was undeniable.  We hope to return soon and indulge in more of their melt-in-your-mouth sushi.  Maybe some white salmon??  I’ve also got my eye on their Black Pork Gyoza :).